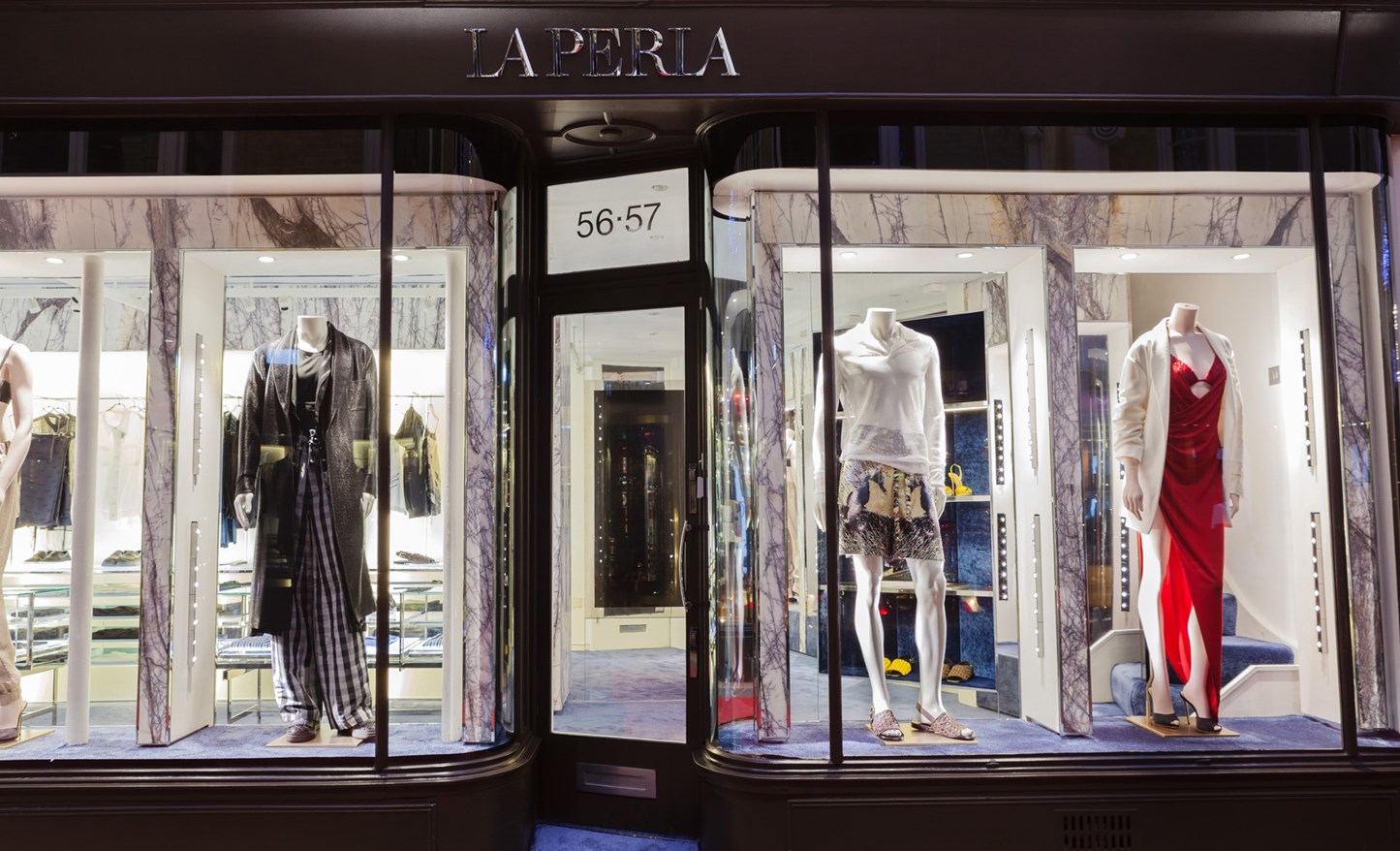 Having cut just-the-right-side-of-revealing undergarments for women since 1954, last season La Perla launched its first-ever men’s offering with a catwalk show at Pitti Uomo.

However up until now the brand hasn’t had a dedicated space to showcase it here in Britain. Now, after opening it’s first dedicated men’s shop in Milan, the brand has opened one in London’s Burlington Arcade.

The underwear itself is superb.

While the boxed briefs are great for the more entry-level guy, the smoking jacket-inspired dressing gowns or silk lounge trousers are the real way to impress in the bedroom.